Behind the headline there is a story

Daphna Whitmore: It's an old ploy of publishers to hook readers in with a provocative headline. That’s what NZ Listener was doing when it asked on cover: "The War on Men, Isn't It Time It Stopped?". 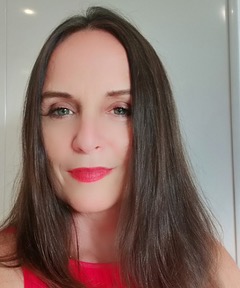 OPINION: It's an old ploy of publishers to hook readers in with a provocative headline. That’s what the Listener magazine was doing when it asked on the cover: "The War on Men, Isn't It Time It Stopped?".

Oddly, a bunch of journalists chose to not read the article and fired off angry tweets railing against the headline. The Spinoff even ran a satirical piece on the "war on men", showing they too hadn't got past the cover. There's a place for light and superficial material, but not going beyond a headline is just flimsy journalism.

The Listener article was a review and interview with Nina Power who has just published a book What Do Men Want?. The title is a play on Freud's book What Do Women Want?

Power is a classical leftist, the sort who sees the women's liberation movement as a joint project with the class struggle. That's old hat now, displaced by a thousand identities vying to climb the ladder of victimhood. The classical left wanted liberation not victimhood status.

Power examines differences between the sexes and putdowns of men that are currently in vogue. She asks if males are doing so well why do we see such high suicide rates among them? Can we talk of male privilege for men who suffer addiction, poverty, homelessness?

Power’s position is that it need not be a zero sum game between the sexes, and she challenges the idea that if one sex benefits then the other must lose. This is an important point. For instance, we can criticise the medical system for overlooking women in drug trials, while also being concerned about men having more cancer and more heart disease. In New Zealand some of the disparities are staggering.  In the 50 to 75 year age group, the overall number of deaths for men is 30% higher than for women. Male suicide rates are three to four times more than those of women and the gap hasn't changed in over a decade.

It is not clear what is driving these sex differences. There are biological, social and economic factors that can explain some of the gaps. For instance, behavioural differences see men engaging in more risk-taking, more drinking, more smoking, more reckless driving and more drug use. They suffer more workplace injuries and more disabilities like hearing loss. They also tend to do more dirty and dangerous jobs than women.

We've known for a few decades that boys are underperforming compared to girls at schools, but there seems to be little concern for why this is. The gap continues at university. On average there are three women for every two men across all tertiary courses from certificate to PhD level in New Zealand. The group who are are least likely to get university degrees are working class males. This matters because many of the traditional male working class jobs have gone.

The eighties and nineties were a period of rapid deindustrialisation as factories moved to cheaper labour countries. The jobs that emerged in their place such as in tourism and hospitality were precarious. They were very different from the strongly unionised blue collar jobs that were once typical. So far there has been no sign of manufacturing jobs coming back. Perhaps that will change if the geopolitical tensions between the West and East sharpen, and dependence on mass production in Asia becomes risky.

It is not clear why women have adapted more readily to the deindustrialised economy than men. Where and why men are doing poorly needs to be properly researched.

As resentment grows so too have hostile men's rights movements. They signal we should not ignore the problem.

Solidarity between men and women, particularly in the working class is a genuinely left-wing stance. For inspiration we can draw on the egalitarian demands of the earlier women’s liberation movement and dispense with woke victimhood hierarchies.