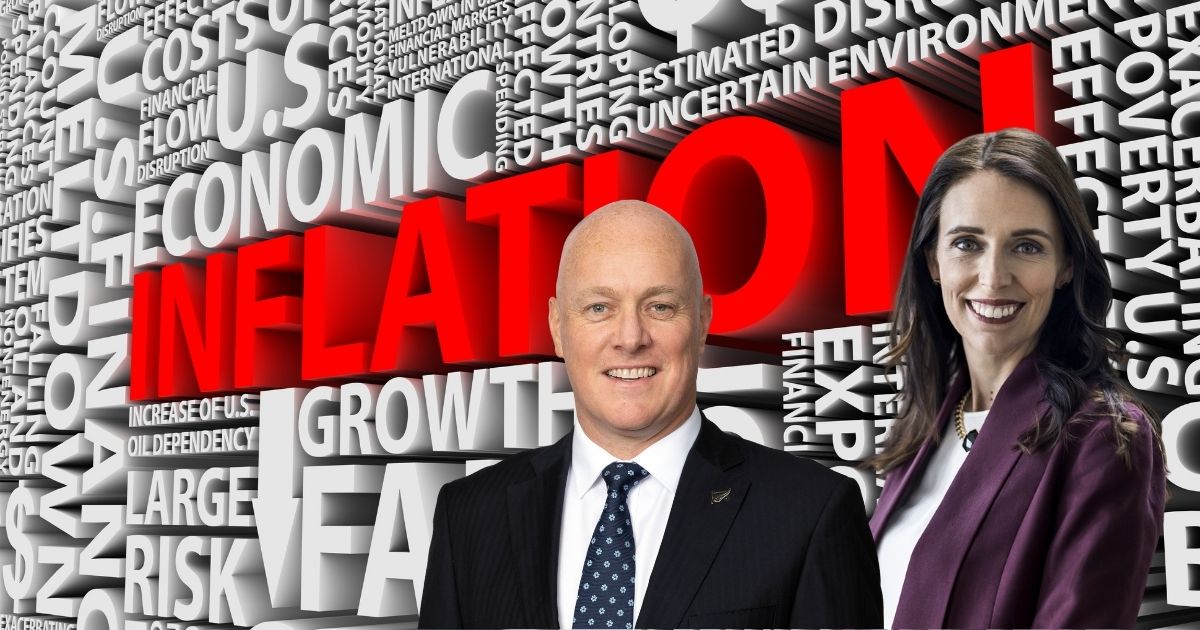 Could inflation lead to a voter backlash?

Dr Bryce Edwards: The rich have already done incredibly well out of the last few years...The gulf between the financially very successful & those being punished by the current system is growing.

OPINION: The current cost of living crisis in the New Zealand economy could yet have severe political consequences. Warning signs could be seen in Monday’s French presidential election result – in which the nationalist-populist Marine Le Pen upset the status quo by getting through to the second round and winning an incredible 42 per cent of the vote.

Rather than being a vote for her nationalism or rightwing politics, Le Pen’s stunning result was due to a campaign that targeted France’s cost of living crisis. Le Pen was able to leverage huge anger amongst those disadvantaged by quickly rising inflation and other assaults on ordinary people’s standard of living. Polling shows that Le Pen won the support of workers and those on low incomes, while the incumbent Emmanuel Macron won the votes of managers, professionals and the wealthy.

Could a similar revolt against Jacinda Ardern’s Government happen here?

While a mass revolt against the status quo is unlikely to occur here, it’s not impossible that some sort of electoral backlash could yet punish politicians associated with the rising cost of living. If this is the case, the Labour administration could be in trouble at the next election.

The current cost of living crisis is a catastrophe for the poor and working class of New Zealand. Rising inflation comes on top of many other crises that have severely impacted those on the bottom – the housing affordability crisis, Covid, failing infrastructure, and an inadequate health system.

The rich have already done incredibly well out of the last few years. Inflation has been stoked by massive cash handouts to business and big asset owners in the form of cheap credit and money printing. Business profitability is currently very high – banking profits were up 48 per cent last year, the big four power companies’ profits were up nearly 60 percent in the last six months and the supermarket duopoly is still making super-profits. In many ways, the corporate sector have never had it so good.

The gulf between those who are financially very successful and those who are being punished by the current system is growing. Soaring food and energy prices are leaving growing numbers of people choosing between eating and staying warm. One bank has estimated that the average household will need to spend an extra $150 per week, money that won’t come from increased incomes. Hence foodbanks are in greater demand than ever before, with reports that middle income earners are being forced to use them as well as the poor.

It’s still the working class and the poor who are most impacted by inflation – who have to spend a greater proportion of their income on the basic commodities that have increased the most. According to the Reserve Bank, transport costs have gone up over 16 per cent over the past two years, and housing costs an incredible 48 per cent since 2019. While the minimum wage has increased by 12 per cent in the last two years, average wages have increased less than 9 per cent. Clearly most lower income earners are falling behind and, with no sign of inflation falling in the next few years, those New Zealanders will become further impoverished.

The Prime Minister’s key goals on housing, inequality and poverty are going to be very hard to progress, and yet Labour’s own traditional constituency will be the ones hurt by government policies both here and abroad. The party therefore faces a real challenge to retain those voters.

Even the Minister of Finance seems trapped by his own newfound conservatism. The Grant Robertson of old used to campaign to reduce the cost of living by removing GST off fresh food, and bring in a tax-free first $5000 of income. He even argued that GST of 15 per cent – which was increased by Bill English from 12.5 per cent – was too high. So why isn’t Robertson ready to relook at such policy settings now?

Instead of such innovations in the economic sphere, this Labour Government seems to want to invest their political capital on fighting for reforms in co-governance, and implementing other social reforms that might well be necessary, but do not address  the fundamental material needs of their traditional constituency.

Perhaps this is simply because it’s easier to implement a new school curriculum than it is to reform housing rules or to build new state houses. Regardless, it leads to a feeling that the Labour Government does not see combating the declining standards of living as a priority.

Robertson and his colleagues do make noises about having increased the minimum wage and benefit rates, but these small increases have almost all been eroded by inflation.

And benefit rates will continue to erode due to Labour’s decision to index benefits rates to wage increases instead of the higher rate of inflation. The Government chose not to use the formula used in countries such as the UK, in which benefit increases are indexed against whatever measure is highest, and now the poor will pay the price.

Can National win over workers and the poor?

National has succeeded in getting the cost of living crisis onto the public agenda. But are they also putting forward genuine solutions? Certainly, National’s tax cut proposals would do little for the poor and much more for the already-rich.

So National might well be able to attract the votes of the poor for a period of time, but such support will be extremely soft if the party isn’t able to put forward credible solutions to raise the standard of living for workers. The instincts of the party make this highly unlikely, and National seem set to continue the status quo. And in opposing minimal wage increases they would make things worse.

Although National is loudly blaming Labour for the current cost of living crisis, so far the party has not been able to differentiate itself from Labour’s approach. Eventually, this will also make National appear equally out of touch. Certainly Christopher Luxon seems an unlikely leader to excite the working class and downtrodden.

All politicians have spent the last week talking at great length about the inflation problem – explaining supply constraints, “tradeables”, global impacts – and mostly it sounds technocratic. Politicians of both left and right come across as if they don’t really feel the pain of those at the bottom. They look out of touch, and their solutions sound empty. Largely the policy solutions put forward by all sides translate to “more of the same”.

The looming political revolt over the cost of living crisis

Returning to the French election result, it’s worth noting that many poor and working class French voters were also alienated by the liberal, middle class social engineering political agenda of some of the Establishment parties. For instance, the presidential candidate of traditional party of the centre-left, the Socialist Party, won only 1.7 per cent of the vote. The New Zealand Labour Party should take note of that.

Today’s Otago Daily Times editorial notes that Le Pen’s relative success this week was based on her concentration “on bread-and-butter issues, notably the cost of living”. The newspaper says: “Her relative success, however, is another warning about politics, including the kickback from voters who feel a political, media and social elite run the show. Labour and the liberal professional classes in New Zealand should also take note. Many New Zealanders are rejecting the parties they might have supported in the past. Some are sceptical of the changed woke world where their traditional attitudes are rejected. Some feel excluded or resentful.”

It can be a powerful push to revolt when you are feeling impoverished, unheard, and unrepresented. At the moment, those who feel abandoned by Labour have no obvious alternative to vote for, but elections and financial pain have a funny way of creating surprising success stories for unlikely candidates, even those on the far right like Marine Le Pen, or on the radical left like Bernie Sanders.

Under MMP it would only take 5 per cent of voters to gain a foothold in Parliament – about 145,000 people. And such a party could be consequential – if it is the difference between being in government or in opposition, the big parties will make concessions. National, in particular, would be susceptible if they had to make deals deal with both Act and a new populist movement.

New Zealand’s political elites – regardless of their party colours – now face the prospect of ordinarily voters feeling angry and frustrated, especially the working class and poor. Such a rebellion from below seems unlikely, but as in France this week, new divisions in society are still surprising us all. Populism of both left and right varieties is still a major force around the globe, and it would be unwise to ignore the possibility of New Zealand’s cost of living crisis sparking an electoral upset.

This article was originally published on Democracy Project on April 28. It is published here with permission.