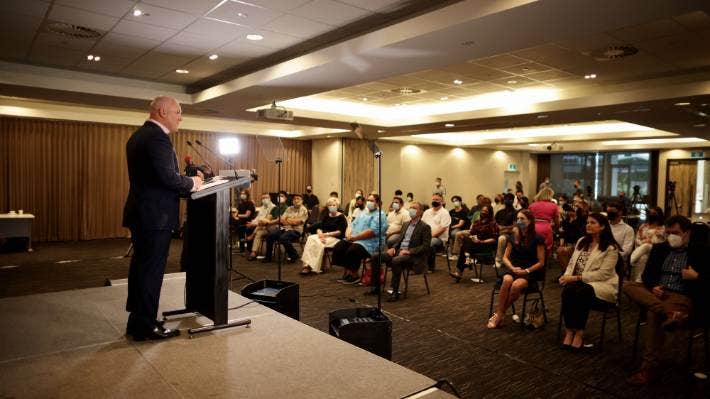 Liam Hehir: In New Zealand politics we sometimes talk about the need for politicians not to bark at every passing car. Whether you agreed with the content or not, Luxon did not do this on Sunday. 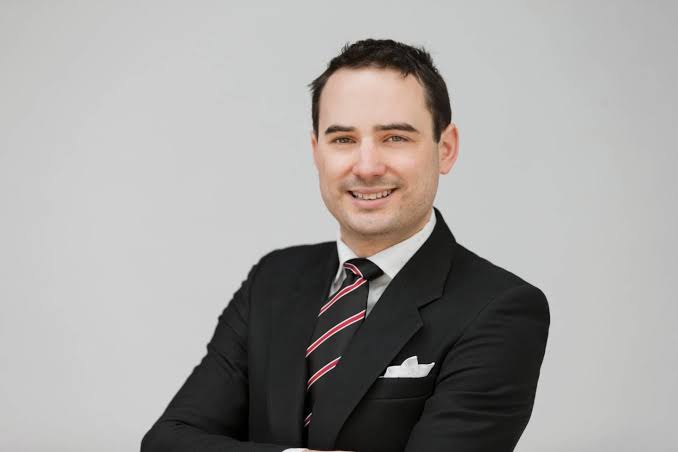 OPINION: Chris Trotter thinks Christopher Luxon missed the boat by using his 'State of the Nation' speech to talk about everyday economic issues instead of the war in Ukraine, the disruption in Wellington, and Climate Change. He says the absence of such things are signs that he is not a serious politician.

It is true that Luxon is hardly the modern Pericles. Nobody is going to remember where they were when they heard the Great State of the Nation Speech of March 6, 2022. But can anyone say the same about any big famous address by John Key or Keith Holyoake?

Luxon’s speech can be best described as “workmanlike”. There was little of the grandiloquence that Trotter likes to see.  There was none of the ornamental windbaggery of supposedly superior rhetoricians of a Shane Jones address.

But personally, and speaking as a National Party voter, I must say I prefer workmanlike. And I also think the situation calls for a disciplined focused on the very issues that Luxon made the focus of his speech.

Our engagement with the big issues of the day is important, but the way Trotter dismisses the workday issues that we struggle with in our daily lives' points to a real misunderstanding of politics. The situation in Ukraine is heartbreaking and the riot in Wellington was unsettling. Neither, however, is likely to factor much into the decision making of voters in 2023.

Another thing that is going to annoy people is the feeling of steadily increasing taxation. We are now at the point where somebody working 44 hours a week on the minimum wage – and you probably must work at least that long just to get by on the minimum wage – is going to be pushed into the 30-pc tax bracket. If you’re on the edge of earning more than $70,000 a year, then you’re about to be pushed into the 33-pc bracket.

Wages are going to go up but probably not as much as overall inflation. People are going to have to face working longer hours to buy less all while being taxed more for the privilege. That’s going to feel very unfair, and the reason is that it is going to be unfair.

There is something just wrong about the idea of taxing cleaners and truck drivers as if they were the bourgeoises middle class and the fact that Labour is apparently completely committed to doing so takes out much of the sting of the class-warfare response we can expect from the Government's well-fed surrogates.

In New Zealand politics we sometimes talk about the need for politicians not to bark at every passing car. Whether you agreed with the content or not, Christopher Luxon did not do this on Sunday. Instead, he laid the groundwork for contesting the next election on tackling the mounting of costs of living and raising a family in New Zealand.

He pointed to all the ways the Government is contributing to those costs. Wasteful spending on make-work schemes has diverted scarce construction resources away from homebuilding.  At least 15 billion dollars is going to be poured into an underground train in Auckland that’s going to produce negligible benefits more than its costs (even in the unlikely event of it being completed in time and under schedule). Untold millions are going to be poured into the black hole of New Zealand’s bureaucracy for things like the unpopular three-waters proposals.

Helping the public to see the connection between the Government’s decisions and our sense of declining living standards is the most important thing that Luxon can do. And it will take time and hard work to do. The careful application of a consistent narrative over time is going to be the key to changing the Government next year.

Leftwing pundits were, unsurprisingly, unimpressed by Luxon yesterday. But I don’t think he should really care what they think. What he should care about, and note with some satisfaction, is the headline in the Otago Daily Times this morning:

Liam Hehir is a political commentator living in the rural village of Rongotea. He is a conservative member of the New Zealand National Party but the views he expresses are his own.