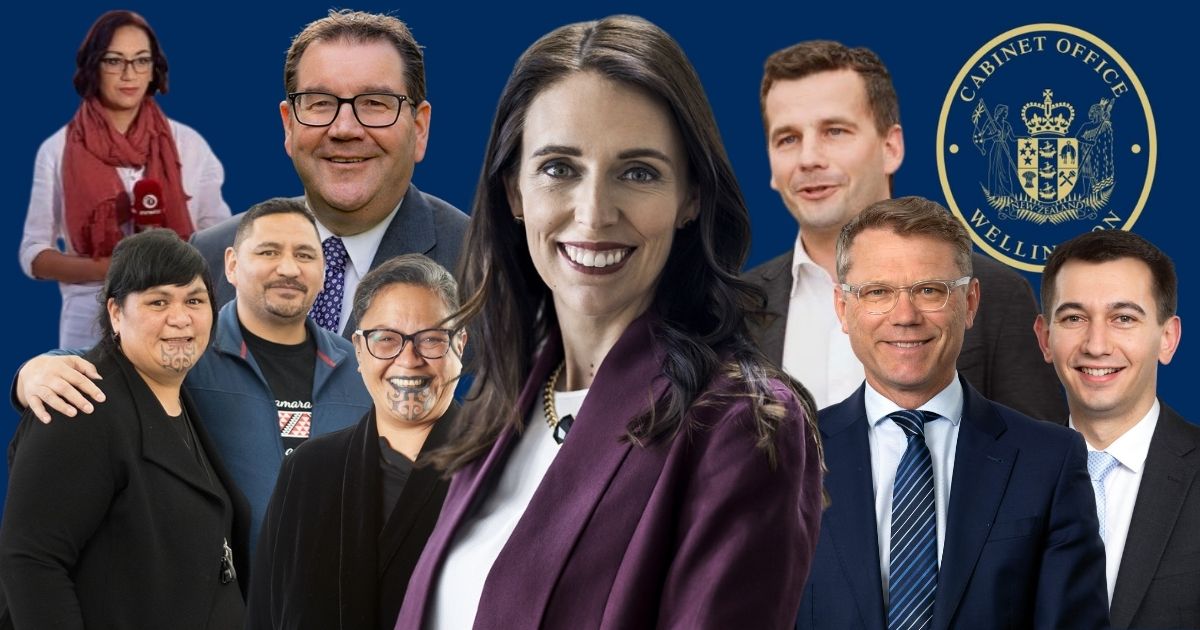 Mahuta imbroglio a quagmire for the Government

Graham Adams: Ardern will soon be in the gun alongside her minister.

OPINION: Even a quick scan of the Cabinet Manual’s advice to ministers who are dealing with potential conflicts of interest will convince you it must have been written by someone with an unusually warped sense of humour.

While it proposes various ways of handling such conflicts, it also warns that perceptions of a conflict of interest can be every bit as damaging as an actual conflict. In short, you can follow the rules exactly and still be in a world of pain.

This is a classic Catch-22, which has been defined as “the circumstance or rule that denies a solution”. An example is the show-business Catch-22 — “No work unless you have an agent; no agent unless you’ve worked.”

Given there is no way of controlling public perceptions, a more considerate writer would simply have spelled out in big letters at the beginning of the section on conflicts of interest:

If you are stupid enough to appoint — or even appear to appoint — close family members to government posts, you deserve everything you will undoubtedly get, no matter how closely you have followed the rules.

The government — and Nanaia Mahuta and Ardern in particular — are discovering that dismal fact the hard way. On Tuesday, David Seymour posed a question in Parliament to the Prime Minister, which was answered by Grant Robertson as Acting PM while Ardern was in the US.

Is the Prime Minister aware that four people related to just one Cabinet Minister, Nanaia Mahuta, have been appointed to government working groups or governance roles since 2017 in areas for which that minister had ministerial responsibility; and if so, is she comfortable that such appointments fit with the Cabinet Manual’s guidance that ‘appearances and propriety can be as important as actual conflicts of interest’?

In his reply, Robertson so fully inhabited his role as a ventriloquist’s dummy for the absent Ardern he echoed her trademark dismissal of any question she doesn’t want to answer:

Aspects of the member’s question are inaccurate and I reject the premise of them.

He added that Mahuta is “scrupulous in the way that she adheres to the Cabinet Manual” — and then repeated that defence, much like shouting more loudly at a deaf man in the hope they will understand better the second time.

Notably, he wouldn’t specify which “aspects” of Seymour’s questions were “inaccurate”.

It is, however, obvious that no matter how scrupulously Mahuta followed the Cabinet Manual such diligence in no way prevents perceptions of dodgy dealings taking hold.

In particular, handing the appointment of Mahuta’s sister, Tipa, to the chair of the Māori Advisory Group for Taumata Arowai, the new water regulator, to fellow Cabinet minister Kelvin Davis raises as many questions as it answers — despite the fact the Cabinet Manual makes it clear this is a legitimate manoeuvre.

The most obvious problem is that many will assume Tipa Mahuta was already tipped for the role by her big sister because otherwise why would Nanaia Mahuta have felt the need to hand the power of appointment to Davis in the first place?

As one lawyer, who prefers to remain anonymous, puts it:

The conundrum facing Mahuta is that she was required to appoint the Māori Advisory Group to the water services regulator, Taumata Arowai, pursuant to section 15 of the Taumata Arowai Act 2020 while at the same time also avoiding any involvement in the appointment of a family member so as to avoid any actual or perceived conflict of interest.

Mahuta has attempted to address this issue by temporarily giving her appointment power to Kelvin Davis, who made the appointment, but Mahuta must have been involved in the selection process in order for the conflict to arise.

The temporary transfer to Davis also does not address the ongoing conflict that arose (and continues to exist) once the temporary power was handed back to Mahuta.

And the fact that Davis is the Minister for Māori Crown Relations and part of the Government’s powerful Māori caucus will only cement perceptions — fairly or unfairly — that this was very much an inside job.

Then there are the appointments of Mahuta’s husband and family members to a waste-management advisory group, which apparently received $90,000 of public funds from the Ministry for the Environment at a time when Mahuta was its Associate Minister.

Whatever proprieties were observed in making these appointments, the phrase “not a good look” seems severely inadequate as an assessment.

Perhaps because the Government knows it is trapped in an impossible situation, its first response has been to deflect attention by bringing allegations of racism into the frame. It seems to be hoping the public will be persuaded that Mahuta’s critics simply cannot be acting in good faith and are, in fact, irredeemably racist.

It seems way beyond coincidence that Mahuta appeared on the 1News bulletin on Tuesday evening to discuss how she has dealt with online racial abuse, which, she said, included the “N word”.

Presumably oblivious to the widespread suspicion that TVNZ frequently functions as a propaganda outlet for the Government, its news editors allowed the channel’s deputy political editor, Maiki Sherman, to present an outrageously one-eyed segment that implied criticism of policies such as co-governance, He Puapua and the Māori Health Authority could only be motivated by racism.

As a lead-in to the clip of Mahuta discussing racist jibes made against her, Sherman pointed out that Mahuta has “fronted a lot of these issues”.

Sherman’s report was introduced with the claim:

A recent uptick in anti-Māori sentiment online is raising concern with experts who say disinformation groups have pivoted to issues such as co-governance, following the anti-mandate protest.

Not a shred of evidence was presented for the alleged “pivot” but it was clear that the intention of the piece was to cast critics of government policy not only as racists but also as anti-social agitators who had formerly protested against government vaccination policies.

If the Government — or the mainstream media in its thrall — thinks that this is a winning tactic to head off the growing chorus of criticism about the appointments of members of Mahuta’s family to taxpayer-funded roles, or the widespread opposition to Three Waters and co-governance, they are delusional.

A head of steam is building over the issue of the appointments on social media (particularly via the Twitter account of “Thomas Cranmer”, who broke the story and continues to investigate it) and on alternative media sites (including The Platform), which are assiduously pursuing it.

No doubt the rocketing interest in the story is why National and Act have felt confident enough to enter the fray.

Unfortunately for the government, David Seymour’s sortie into the topic in Parliament on Tuesday will only be the tip of a very long and sharp spear. He and National MPs Paul Goldsmith and Simeon Brown have already lodged a slew of Written Questions for Nanaia Mahuta, Jacinda Ardern, Willie Jackson and Chris Hipkins to answer.

Parliamentary protocol means they need to be answered within six working days after being lodged. That means that when Ardern is back on deck after her US trip, her opponents will be armed with much more information than they have right now. And she will be very much a target herself given that any transfer of a minister’s power of appointment to another minister requires prime ministerial approval.

Allegations of conflicts of interest are always going to end up pretty quickly on the Prime Minister’s desk — as John Key found out in 2014 over Judith Collins’ visit to Oravida HQ in Shanghai.

The Written Questions directed specifically for Ardern’s attention include this one lodged on 27 May by Paul Goldsmith:

Does she accept that the appointment of Tipa Mahuta to the position of chair of Te Puna — the Māori Advisory Group to Taumata Arowai — may give rise, or has given rise, to a perceived or real conflict of interest due to her relationship to Hon Nanaia Mahuta; if so, what actions, if any, has she or her officials taken to address any perceived or real conflict of interest?

A reply from the Prime Minister is due on 7 June.