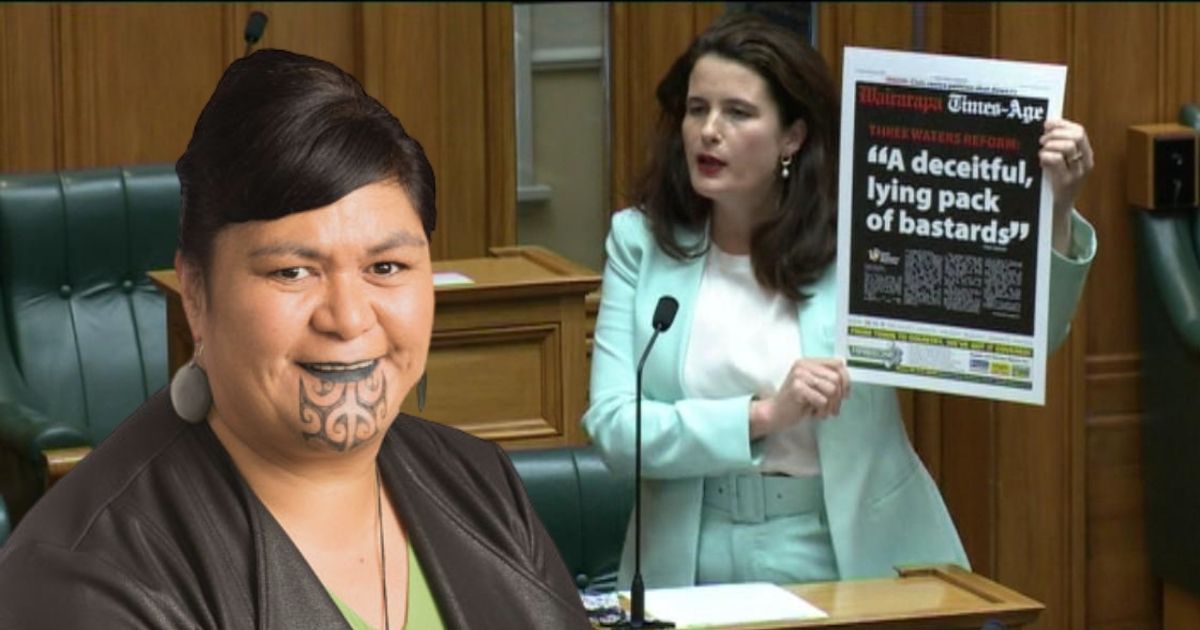 Graham Adams: The minister’s slipperiness around Three Waters will make it harder for her to shrug off suspicions over possible conflicts of interest.

OPINION: A response emailed from Nanaia Mahuta’s office to The Platform on Tuesday made it impossible not to think of the cynical quip reputedly made by German Chancellor Otto von Bismarck: “Never believe anything in politics until it has been officially denied.”

On Tuesday, in a four-point response, Mahuta’s office denied she had any conflict of interest over the appointment of members of her family to government roles.

The first point was unequivocal:

The minister has had no involvement in the appointment of family members.

Normally, such a statement might have been all that was required to settle the concerns of most people but the unfortunate fact is that Mahuta suffers from a serious lack of credibility after her handling of Three Waters.

That doesn’t mean she has done anything illegal or even contrary to Cabinet guidelines over whānau appointments but it does mean many voters will need much more evidence to convince them than a simple statement put out under the minister’s name.

On October 27 last year, Mahuta announced as Minister of Local Government that although councils had previously been told they could opt out of joining the Three Waters programme, they would no longer have that choice — despite their having engaged in good faith in a two-month “consultation” process that had ended on October 1.

The summary of the submissions from local government — the vast majority of them highly critical or opposed to the plan to put the water assets of the nation’s 67 councils into four vast regional entities — had been completed and sent to the minister’s office on October 22.

The backlash from councils to Mahuta’s decision was immediate and fierce. Christchurch city councillor James Gough said, “This government has just proven themselves to be a revolting pack of thieving liars.”

When Ryan Bridge interviewed Mahuta on The AM Show the next morning, he said: “Minister, your big problem here is actually a credibility problem. People just aren’t believing what you and the bureaucrats are telling them right now.

One of the reasons of course they may feel that way is because you said you weren’t going to make it compulsory… and now you’ve done a u-turn.

Later that day in Parliament, National’s Nicola Willis held up the front page of the Wairarapa Times-Age — featuring a quote from Masterton councillor Tina Nixon about Three Waters — and asked if Mahuta had seen it.

The phrase “a deceitful, lying pack of bastards” was plastered across it in huge type.

Mahuta also claimed that the decision to make joining Three Waters mandatory for councils had been a gradual one as the government realised that “to ignore the state of the water infrastructure would be irresponsible”.

But, in December, the public learned that wasn’t true. Cabinet papers quietly released in November showed that Mahuta’s consultation with councils over whether they wanted to join in the Three Waters reforms had been a sham all along.

“A legislated ‘all in’ approach to reform” had actually been decided at a Cabinet meeting in July.

So as Mahuta is forced to turn towards the gathering storm of suspicion about alleged conflicts of interest, she is already very much on the back foot over her lack of straightforwardness.

And you’d have to say the rest of her office’s four-point response to The Platform — which amounted overall to “Nothing to see here… Move along” — didn’t inspire confidence either.

Mahuta’s second point appeared to be an attempt to deflect responsibility:

Any questions about appointments should be directed to the agencies responsible for those appointments.

Someone needs to remind Mahuta that she is the minister and it is she — and not other “agencies” — who needs to explain in detail to the public exactly how the appointments of her whānau to various roles have been handled.

And if the second point sounded evasive, the third was a triumph of hope over reality:

The minister ensures that no conflict exists or appears to exist between her personal interests and portfolio responsibilities, in accordance with the guidance in the Cabinet Manual.

Unfortunately for Mahuta, managing conflicts of interest by following the procedures recommended in the Cabinet Manual doesn’t necessarily remove them and it certainly doesn’t prevent perceptions being formed about them.

For that reason, in the wake of this controversy, some commentators have called for the rules to be tightened.

It is, of course, the appearance of a conflict between Mahuta’s “personal interests and portfolio responsibilities” that has lit up social media ever since a series of tweets by someone going under the name “Thomas Cranmer” began appearing on Twitter on May 2.

Cranmer — who uses the handle @kehetauhauaga — has posted numerous documents to support his allegations, including some that highlighted the appointment of Mahuta’s husband and other whānau members to a waste-management advisory group in 2020 when she was Associate Minister for the Environment.

Perhaps most significantly, Cranmer has highlighted the appointment of the minister’s sister, Tipa Mahuta, to the chair of the Māori Advisory Group for the water services regulator Taumata Arowai.

According to the official documents Cranmer has posted, Nanaia Mahuta managed that apparent conflict of interest (“whānau interest”) with her role as Minister of Local Government by transferring the appointment process to fellow Cabinet minister Kelvin Davis on 24 February 2021. That transfer was brought to an end on 28 June 2021 after Tipa Mahuta had been appointed by Davis in May.

Even though such a transfer is permitted to help avoid a conflict of interest, some will see this as a smoke-and-mirrors exercise to fulfil Nanaia Mahuta’s wishes.

Winston Peters described it to The Platform as “wink, wink, nod, nod behaviour”.

The Cabinet Manual governing the behaviour of ministers makes it abundantly clear that, as well as the need to manage actual conflicts of interest, perceived conflicts can be just as significant.

Ministers are responsible for ensuring that no conflict exists or appears to exist between their personal interests and their public duty. Ministers must conduct themselves at all times in the knowledge that their role is a public one; appearances and propriety can be as important as actual conflicts of interest.

Public perception is a very important factor. If a conflict arises in relation to the interests of family, whānau, or close associates, ministers should take appropriate action.

The manual outlines the correct ways to handle such conflicts. They include advising “the Secretary of the Cabinet (and, where appropriate, the chief executive of the department concerned)” about them.

The fourth and last point of the response by Mahuta’s office acknowledges this obligation:

Where the minister is aware that family members have been considered for roles, the minister has informed Cabinet Office and delegated responsibility to other ministers.

However, what is also made clear in the manual is that not only the Cabinet Office but the Prime Minister too

should be advised in writing of conflicts that are of particular concern or that will require ongoing management.

A minister with a conflict of interest concerning a particular issue within his or her portfolio may, with the agreement of the Prime Minister, transfer responsibility for that issue to another minister.

In short, in order to transfer her responsibilities as the Minister of Local Government to Kelvin Davis with specific regard to the appointment of her sister, Nanaia Mahuta must have sought the prior approval of Ardern.

In that case, why didn’t Mahuta mention Ardern in her response as someone whose approval she presumably obtained?

Was the absence of an explicit reference to the Prime Minister a deliberate omission to distance her leader from the storm?

Ultimately, of course, no matter how Mahuta deals with the allegations, the buck is always going to stop at the Prime Minister’s desk. And sooner or later, the mainstream media and Opposition politicians will have to ask Ardern about her own oversight or knowledge of the appointments.

Hearing the views of the Deputy Prime Minister, Grant Robertson, would also be very valuable.

When Judith Collins came under fire in 2014 for an unscheduled stop at Oravida HQ in Shanghai on a taxpayer-funded trip and it was alleged she had endorsed the company’s products, Robertson told journalists there was a perception of a conflict of interest given that her husband was a director of the company.

The fact that Prime Minister John Key had reported the Cabinet Office’s “unequivocal” advice that Collins had done nothing wrong didn’t deter him at all.

“Ministers have to be up front,” Robertson was reported as saying. “Perception matters.”