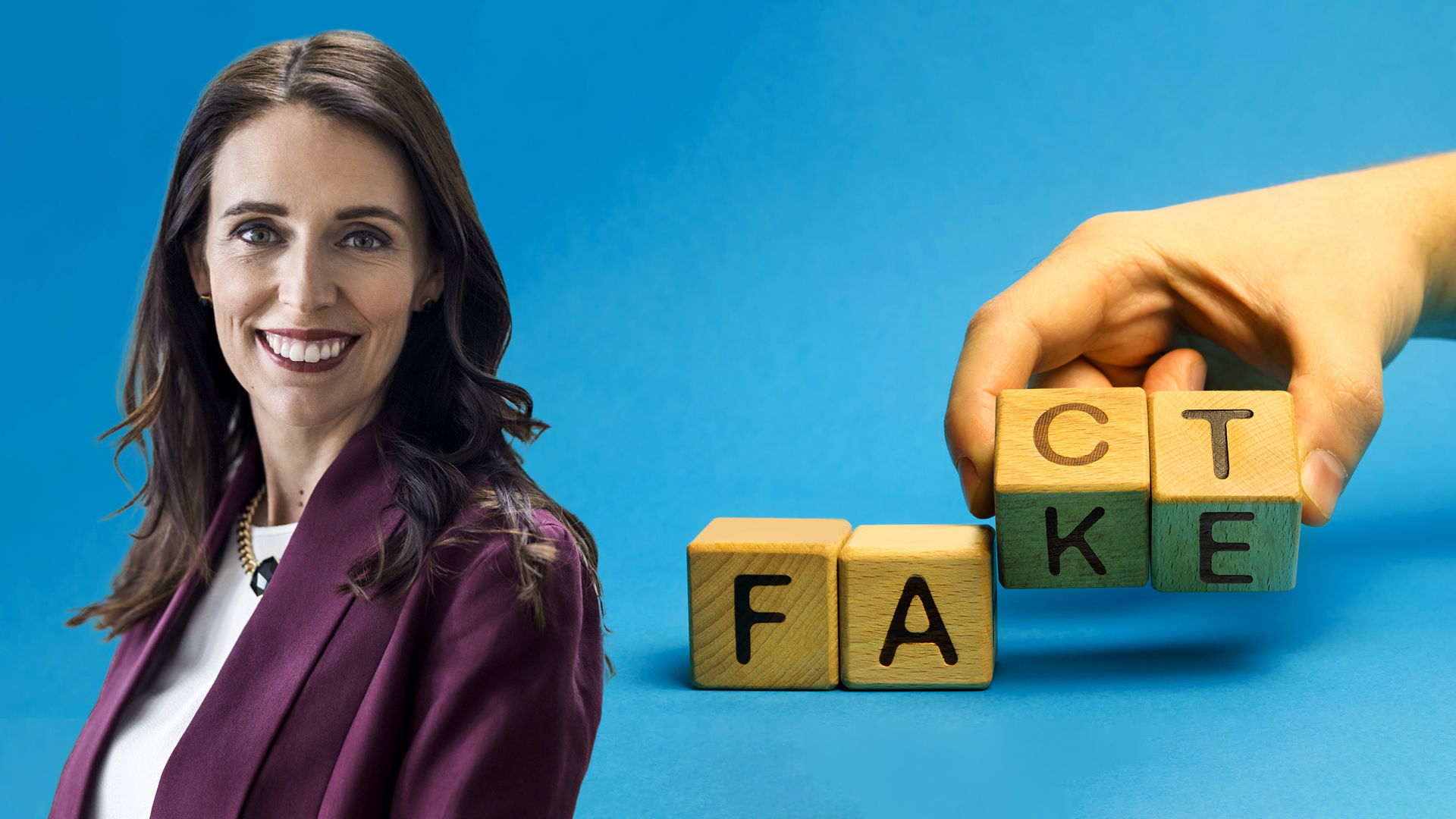 Is it 'misinformation' when the Government does it? 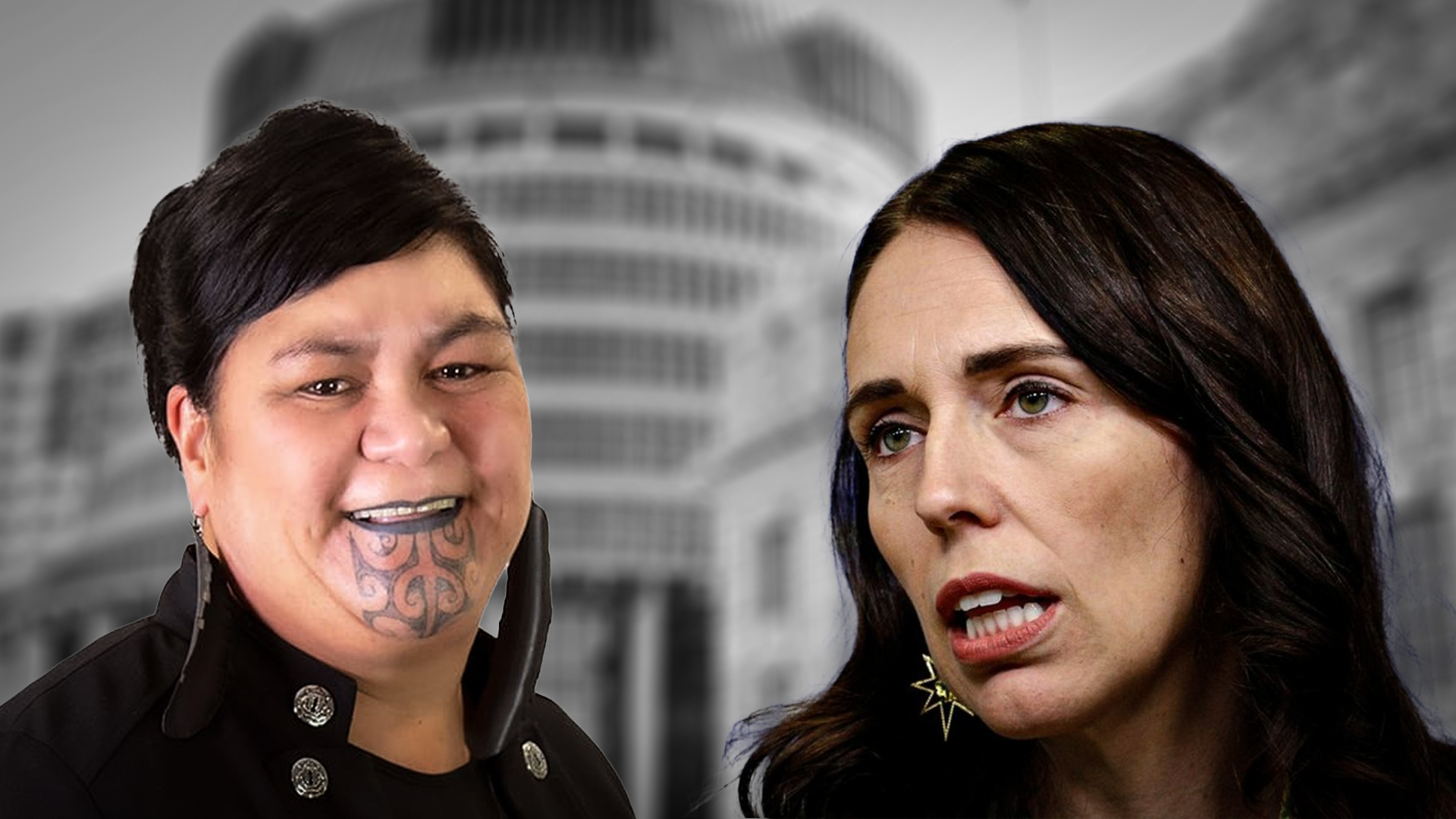 Graham Adams: It appears that Nanaia Mahuta’s younger sibling will have unusual influence through her “advisory” role in Three Waters.

OPINION: The response by Deputy Prime Minister Grant Robertson last week to questions about four members of Nanaia Mahuta’s family — including her sister — being appointed to taxpayer-funded positions was so lame it was impossible not to feel embarrassed on his behalf.

When David Seymour asked in Parliament if the appointments met the standards set out in the Cabinet Manual relating to ministers’ real or apparent conflicts of interest, Robertson resorted to the old chestnut, beloved by his leader, of rejecting the “premise of the question”.

He insisted that Nanaia Mahuta, the Minister of Local Government, had scrupulously followed official advice — ignoring the fact the Cabinet Manual makes it clear that following the rules won’t prevent apparent conflicts of interest from being damaging.

Robertson’s obvious defensiveness showed there is increasingly no place to hide from the accusations of nepotism swirling on social media. The tide is going out very quickly and we are about to see much more clearly who has been swimming naked.

Much of the credit for the exposure should go to “Thomas Cranmer”, who has been regularly tweeting his analysis of Mahuta family appointments on his account @kehetauhauaga since May 2.

He initially concentrated on joining the dots between the four members of the family appointed to government advisory roles, and other possible conflicts of interest, but over the past weekend he expanded his analysis.

He offered an answer to the puzzling question of why Nanaia Mahuta might be apparently so stupid or so reckless as to allow the appointment of her younger sister, Tipa, to chair the Māori Advisory Group for the new water regulator, Taumata Arowai.

The fact that Tipa may be capable can’t entirely explain the decision given that Nanaia Mahuta must have known she was going to walk into an intense firestorm if her sister was appointed. Another equally capable Māori bureaucrat could have easily been found for the position to avoid that fate.

At first glance, the role doesn’t even seem to be very significant in the Three Waters set-up. So why would Nanaia Mahuta risk so much for apparently so little?

First glances can be deceiving, however. Cranmer’s research shows the Māori Advisory Group has sharp teeth and a long reach. The chair of the group has an extremely powerful role, and presumably the minister was happy, for her own reasons, for it to be kept within her close family despite inevitable accusations of nepotism.

According to Cranmer’s analysis, a direct and unbreakable chain of command flows from the Māori Advisory Group via Taumata Arowai to control the four new Water Services Entities (WSEs).

The WSEs control the day-to-day management of the operations of Three Waters. We have been repeatedly told they will be completely independent, working at arm’s length from the higher echelons of the complicated water bureaucracy.

However, it is made clear in legislation that the water regulator Taumata Arowai has to jump when the Māori Advisory Group says jump. When it — and Tipa as chairperson — speaks, Taumata Arowai has a statutory obligation to listen and act on that advice.

And the clincher is that Taumata Arowai directly regulates the Water Services Entities. In short, if Tipa Mahuta chooses, she can — as chair of the Māori Advisory Group — call the shots throughout each level of water management.

Mahuta and Robertson have assured the public that co-governance applies only at the higher strategic level — where equal numbers of mana whenua members and council representatives appoint the Regional Representative Groups for the four vast regional entities — but not at the lower operational level (ie the WSEs).

As it happens, the ministers’ assertion about co-governance appears to be entirely correct — but it is only half the story. They failed to add that the WSEs will be ultimately controlled by Tipa Mahuta and her advisory group members on one hand and the strategic oversight provided by Te Mana o te Wai statements on the other. And only iwi can provide these statements.

Or to put it another way, the Water Services Entities have been placed in a chokehold. They won’t be “co-governed” but they will certainly be “iwi governed” — and to within an inch of their lives.

Working back from the WSEs, and with his arguments supported by screen shots of official documents, Cranmer analysed the Three Waters command structure on Twitter like this:

And what role or powers does the Māori Advisory Group have? It has statutory powers to advise the board of Taumata Arowai on Māori interests and, per s17(3) [of Taumata Arowai — the Water Services Regulator Act], the board must have regard for that advice and must demonstrate in its annual report how it’s had regard.

So the board of Taumata Arowai ignores Tipa at its peril. And good luck to the Water Services Entities if they don’t comply with its regulator, Taumata Arowai.

And, anyway, if Tipa isn’t getting her way, she can always call her sister, the Minister of Local Government.

Understanding the role that Te Mana o Te Wai strategy statements play in controlling how the WSEs function is also vital to coming to grips with how much power iwi will have over them.

The Six Principles of Te Mana o te Wai mean that, through their statements, iwi representatives will have wide-ranging powers that lack strict definitions and limits — or democratic protections. They include:

• Mana whakahaere, which gives tangata whenua “the power, authority and obligation to make decisions that maintain, protect, and sustain the health and well-being of, and their relationship with, freshwater”.

• Kaitiakitanga describes the obligation of tangata whenua “to preserve, restore, enhance, and sustainably use freshwater for the benefit of present and future generations”.

• Manaakitanga is the process by which tangata whenua “show respect, generosity, and care for freshwater and for others”.

These three principles alone offer a very expansive brief and iwi will have wide latitude in formulating their Te Mana o te Wai statements. Consequently, they will wield immense — possibly even capricious — power over how the WSEs operate.

For instance, the Water Services Entities Bill, introduced by Mahuta in early June, gives mana whenua whose territory includes “a freshwater body in the service area of a Water Services Entity” the right to provide that entity with “a Te Mana o te Wai statement for water services”.

This statement can be provided “by an individual iwi or hapū, or by a group of iwi or hapū”. It can be summarily ditched and a new statement provided at any time.

Cranmer says there was “fierce internal debate” at meetings of the working group Mahuta set up late last year — in the hope of assuaging hostility to Three Waters — over the right to issue Te Mana o te Wai statements.

The group itself was co-governed, with equal numbers of iwi representatives and council members. The council representatives, he says, fought to have some input but it was made clear that only iwi would be able to determine the substance of the statements.

Cranmer summed up the pincer that will reduce the Water Services Entities to what he sees  as “mechanical” managers:

So there is no ‘co-governance’ at the operating level. [But] WSEs need to follow Te Mana o te Wai statements prepared by iwi — and the regulator charged with ensuring compliance is the minister’s sister, Tipa.

Unfortunately, the chances of mainstream journalists following up Cranmer’s analysis seem low. He has been tweeting regularly and often — with supporting documents — for more than a month but, he says, the only journalists to have contacted him so far are from The Platform.

The mainstream media tells the public repeatedly that the criteria in the $55 million media fund mandating the promotion of a radical view of the Treaty as a 50:50 partnership are insignificant and do not compromise their independence with regard to reporting on matters such as Three Waters.

However, their unwillingness to contact a highly qualified analyst who is closely investigating the power structures of Three Waters — which is probably the most contentious political issue for the government right now — certainly won’t convince the public they are not constrained by the criteria they signed up to as a condition of receiving handsome amounts of government cash.