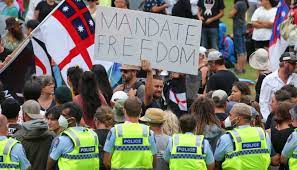 The protestors have won

Rodney Hide argues the PM has used her world to turn protestors' worlds upside down by a bewildering and constantly changing array of covid rules which don’t make sense and which serve no purpose. 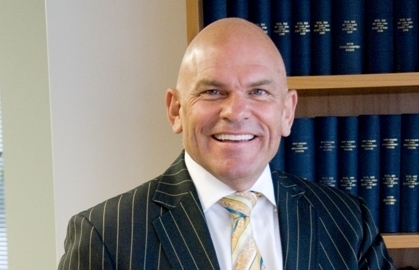 This opinion piece was originally published on Bassett, Brash, and Hide on the 22nd February 2022. It is republished here with permission.

OPINION: Prime Minister Jacinda Ardern has told protesters at Parliament that they’ve “made their point”, and it’s now “time to go home”.

The Prime Minister is clearly rattled. She doesn’t understand that it is not for her to decide when the protesters go home (other than by her repealing the mandate orders).

She also fails to appreciate that the protesters aren’t outside her window to make a point: they are there to end the mandates.

But for her it doesn’t matter. She shows she cares by making her promise. She makes her point. And that for her is enough.

It’s the same with modern day protests. They make their point. And then go home.

The protesters that I know outside Parliament aren’t like that. They have gone to Wellington to end the mandates. They have a purpose. They have a job to do. And they will stay until it’s done.

That’s how they live. That’s how they work. They live with purpose. And they do things. They build houses, plant trees, and feed people. They are very good at what they do. They have to be. They get paid for what they do, not for making a point. They don’t survive with the hot air and endless meetings.

Their world and the Prime Minister’s world normally don’t collide. But the Prime Minister has used her world to turn their world upside down, and inside out, by a bewildering and constantly changing array of covid rules which don’t make sense and which serve no purpose. The protesters I know have had enough. They are fed up. And so they have gone to Wellington to end the mandates.

They haven’t sat at home to organise an online petition or write a Facebook post: they have gone to Parliament’s front lawn, pitched tents and built a town. They are capable. They are committed. The Speaker turns the sprinklers on, they dig drainage trenches and spread straw. The next day more volunteers arrive with generators and dryers to dry their clothes.

They are practical people. They can feed and house an army in a hostile environment.

That’s what’s rattled the Prime Minister. These people are capable. They are capable in a way that she cannot imagine. Speaker Mallard thought it a great joke turning on the sprinklers. That would send them home. Nope. They can handle that. That’s nothing.

They have proved themselves more determined, more capable and more organised than our Parliament and our Government.

The protesters have been brilliantly strategic. They have clearly followed Napoleon's dictum of never interrupting your enemy when he is making a mistake. The protesters have not interrupted the Prime Minister, the Speaker, Parliament, the Police and the Media as they have piled blunder upon blunder.

The battle has also spectacularly proved non-partisan: all political parties have sadly sided with the government making worthy statements and signing meaningless agreements. The best was the attempt to set conditions for negotiation: that totally misapprehended where the power lay. True to form, the media reported from the bunker believing something momentous had been decided. Oh and ODESC had a meeting.

That doesn’t matter to the people I know camped on the lawn.

That’s normal politics where the vast majority of citizens jog along not that happy with the government but not that unhappy that they would gather up a great swathe of New Zealand and camp indefinitely on the lawn of Parliament. That’s a considerable disgruntlement. And when that happens, the government, and in this instance, Parliament loses.

They win because in a democracy the power lies with the people.
Rodney Hide

Once a significant chunk defy the government, that’s it. It doesn’t take a majority, just a good chunk. And the mandates have mobilised a good chunk and then some.

The politicians can rant and rage and hold meetings. But that’s all they can do.

Our police and army are quite correctly reluctant to do a Tiananmen Square. And so the protesters will win. They are not moving. They are not giving up. And there are plenty of them.

Get rid of a thousand, and there will be another thousand and more likely two thousand. There is a groundswell and they have coalesced around Camp Freedom and the call to dump the mandates.

I have little sympathy for the whinings of Wellingtonians dutifully reported in the media. Their complaints show them to be precious and out-of-touch. Their complaints pale beside the suffering the entire country has endured these past two years. And the disruption is not that much: it’s just a little corner of the city. Plus the protest is right where it should be: outside the seat of power.

Besides, driving the protesters away with force would not make the problem go away. The people I know won’t be cowered. They will set up elsewhere. The mandates just need to be dropped. Easy.

It’s clear the Prime Minister is rattled. She accuses the protesters of bullying. That’s rich from the Prime Minister who declares get vaxxed or lose your job. And become second class. We all enjoyed that irony and out-of-touchness.

And her telling us to go home? To our homes and to our businesses that have been shredded? Nope. It’s more fun being amongst new and deep friends, being free and listening to the music, while all the while getting right up the noses of the dirty sods that have inflicted such pain and suffering on us, our families, our friends and our communities.

The protesters demand is simple and reasonable: dump the mandate. Greens and ACT supporters, Māori and Pākehā, have united in the simple request for one standard of citizenship. It has thrilled my heart to see kiwis side by side and united. Prime Minister Jacinda Ardern has united people -- but to her consternation they have united against her.

The mandates serve no epidemiological purpose. The Prime Minister need simply declare that in hindsight, and out of an abundance of caution, she went too far and that the mandates will end 11:59pm tonight.

The support for mandates would evaporate with her statement. Everyone would be happy. Oh there would be those rightly sheepish for their florid rhetoric against their fellow citizens but all would be forgiven. We would all move on a little freer, our politicians a little more circumspect, and our high and mighty slightly humbled.

We would all have learned that you can only push people so far. We will comply but only so far. There is a breaking point. And we are past that.

The Battle for Molesworth Street has been fought and won. We just have to wait for the Prime Minister to realise it.

It will happen. The only issue is whether it will be days or months. And whether it registers as a blip on Prime Minister Jacinda Ardern's leadership or its total destruction.

Rodney Hide is a former Act Party leader and MP, who now lives in Christchurch.